Growing up in the East Bay, specifically Alameda County, fireworks are not something of which I am particularly familiar. I enjoyed them on the 4th of July and the occasional baseball game, but I have not really been an active part of the process since they are banned where I live. While it didn’t stop nearly anybody from celebrating illegally, mixing explosives and rebellion was just not something I longed to try. This past Fall however my parents moved to Modesto, a rural town on the Northern edge of Stanislaus County that has no problem with fireworks (unlike its hippy neighbor). As such, we were treated to a brilliant and somewhat chaotic experience. Loud, colorful, and coming from every corner of the sky, it was everything I could have hoped for.

I also took the opportunity to buy my first firework. I was in the area, why not join the party. We didn’t have anything special, and in fact it turns out the people in our court had purchased much more than we did. After watching quite a few displays, I thought I might as well conduct the grand finale and light all mine at once. Once again, we were not disappointed. 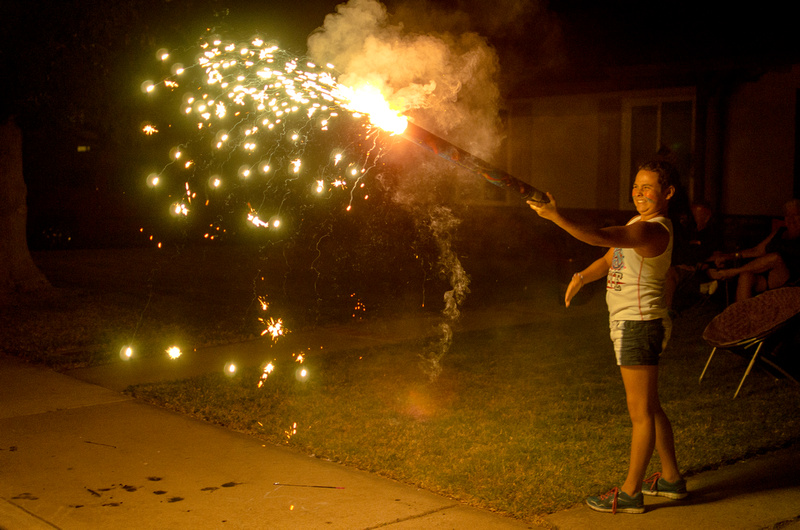